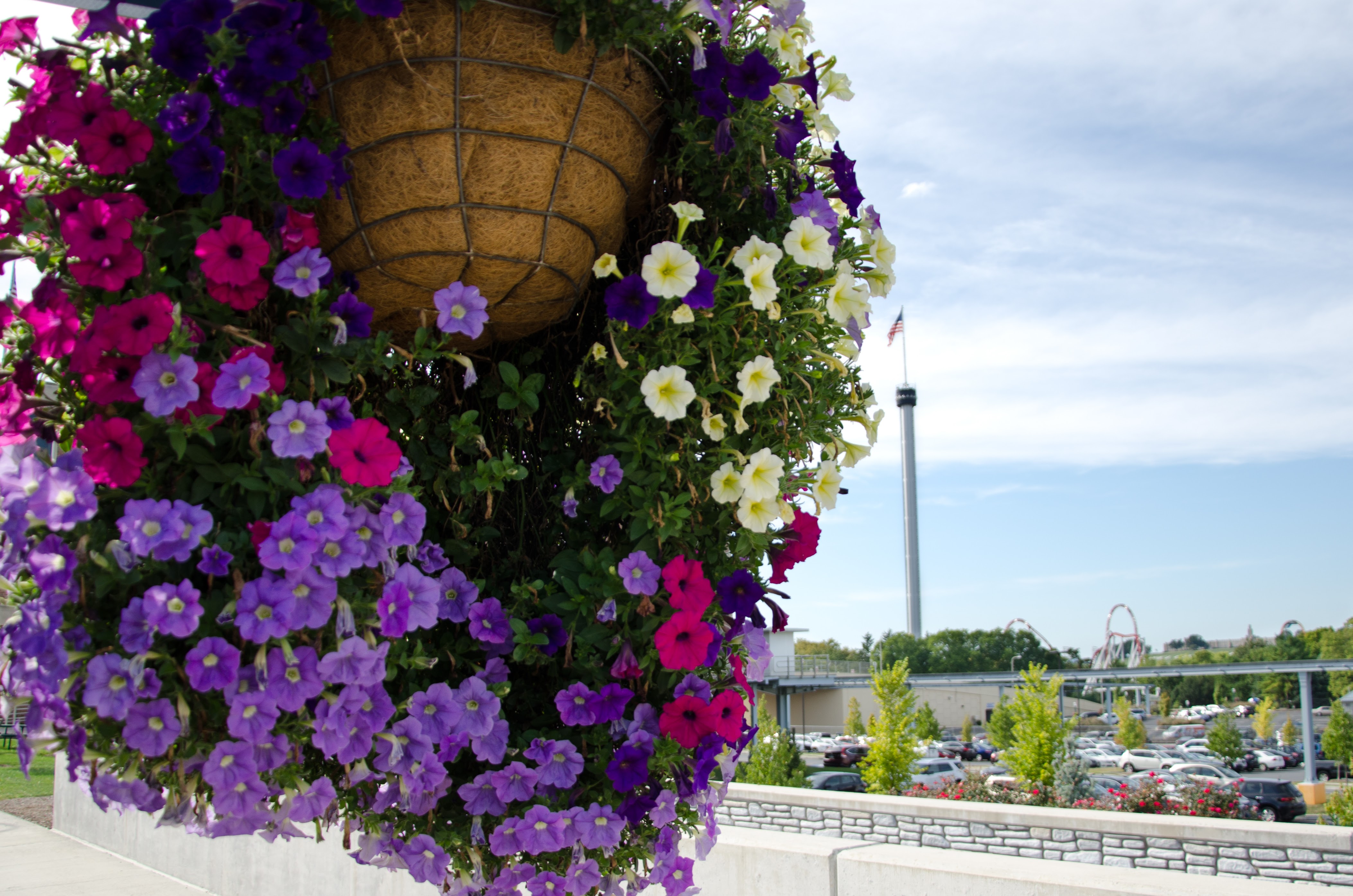 The William S. Bowman Trust for the Horticultural Beautification of Hershey was established in March 1996 in honor of, now in memory of, our dear friend Bill Bowman.  Bill was retired General Manager of the Hershey Nursery and former Director of the Hershey Gardens.  It was his idea and vision to hang flowering baskets from the Kiss lights in Hershey, a touch of color so quaint that the idea was adopted by other municipalities.  During the past ten years the Board of Trustees has been extremely gratified with the contributions received from the general public and local businesses.  The Trust has conducted an annual general fundraising appeal and, in alternate years, we have sponsored a garden tour or a Mother’s Day hanging basket sale.  Through these fundraising efforts the Trust has been able to maintain the flowering baskets along Chocolate Avenue and the wreaths during the Holiday season.  We have also funded and supported many beautification projects throughout Derry Township with the maintenance provided by the Township Parks Department.

We have also contributed annually to our endowment fund.  This being our Tenth Anniversary, the Board would like to focus our fundraising efforts this year on the hanging baskets and on increasing our endowment fund.  Ultimately, when the fund becomes large enough, its income will cover our expenses and make our annual appeal less important.  We are writing to you in the hopes that you will agree and make a special donation to the Bowman Trust in this our Tenth year.

The Trustees and Advisors of the Bowman Trust